Mystic Film Festival is seeking new narrative and documentary feature and short-form films from around the world to show during its 4th season in theaters and through online streaming October 21 to 24, 2021. The festival also will continue with its screenplay competition, started last year, and the grand-prize winner will be awarded a table read after the festival.

“Our safe and successful 2020 hybrid festival proved even a global pandemic couldn’t stop filmmakers’ creativity, and the audiences’ desire to watch new, independent films by professionals and students,” said festival founder Shareen Anderson. “With streaming, our audience became global, and our regional audiences grew with support from Mystic Luxury Cinemas, the Velvet Mill, and La Grua Center in Stonington, as well as all our sponsors.”

Films, which must have been completed after January 1, 2019, may be submitted to: https://filmfreeway.com/MysticFilmFestival. Films made by students while enrolled in a school or college are welcomed, and student submissions must include an image of the student’s school identification. Returning Mystic Film Festival filmmakers and student filmmakers will be offered a discounted submission fee. The submission deadline for new films and screenplays is July 19, 2021.

Keeping visitors and locals up to date with what's happening in and around 06355!

On October 15th, 2022 a fireworks show lit up the sky above Mystic River to…

Penguins Born at the Mystic Aquarium 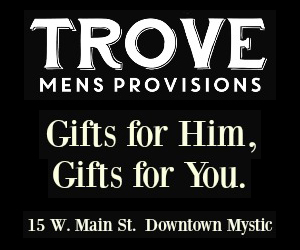