UPDATE JUNE 25: The Morgan has returned to her original homeport of New Bedford, MA. She was built and launched here in 1841 and sailed out of this port for most of her career. Open to the public on June 28.

UPDATE JUNE 19: After a stop in Newport, RI the Charles W. Morgan has made her way to Martha’s Vineyard. The ship will be open to the public June 21 til June 24. On June 25 she will leave for New Bedford, MA.

UPDATE JUNE 12: A New London Farewell ceremony is scheduled for tomorrow, June 13, at 1:00pm. On Saturday The Morgan will leave for Newport at 4:30am.

UPDATE JUNE 8: The Charles Morgan sailed for the first time in nearly a century yesterday, June 7. She left New London Pier and sailed the Sound for 6 hours on her first day of trials. The Morgan will begin her New England coast voyage on June 14.

After 5 years of renovation, the historic whaleship Charles W. Morgan is ready to embark on her journey this summer. She will depart Mystic Seaport on Saturday, May 17 and after a trip up and down the southern New England coast is scheduled to return early August. The Charles W. Morgan has not been below Mystic’s Bascule Bridge since her arrival to CT in 1941!

On May 17 at 8:45am the Morgan with sail down the Mystic River in route to New London, where the ship will stay for a month-long fitting out period.

On June 14 she will work her way up the NE coast making stops at Newport, Vineyard Haven, New Bedford, the Stellwagen Bank National Marine Sanctuary, Boston, and the Cape Cod Canal.  Visit Mystic Seaport for the complete itinerary.

Keeping visitors and locals up to date with what's happening in and around 06355!

The Mystic River Bascule Bridge, the oldest of its kind in the United States, turned…

CT Kids Free Admission at Seaport and Aquarium for Summer 2022

As part of the "Connecticut Summer at the Museum" program, Connecticut children 18 and under…

Penguins Born at the Mystic Aquarium 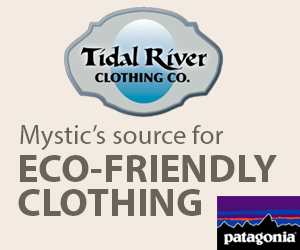